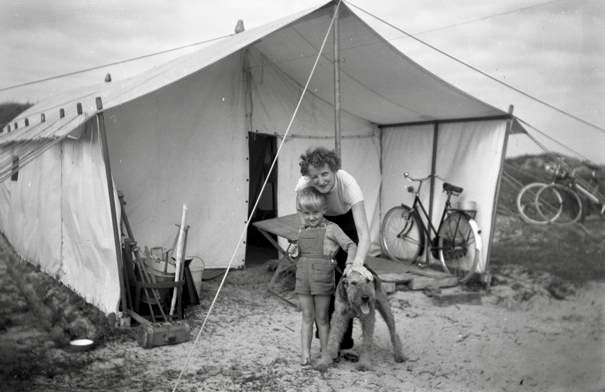 the boy that went the wrong way,

the boy that missed so many chances,

the boy who squandered his life,

the boy who was out of sight for half a century,

the boy who is out of sight for evermore, 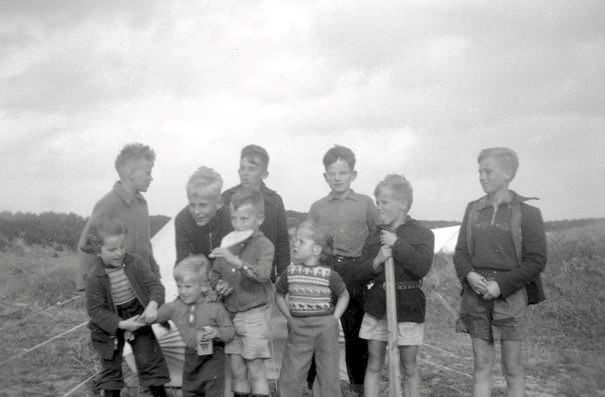 ….the boy who was my lil’bro 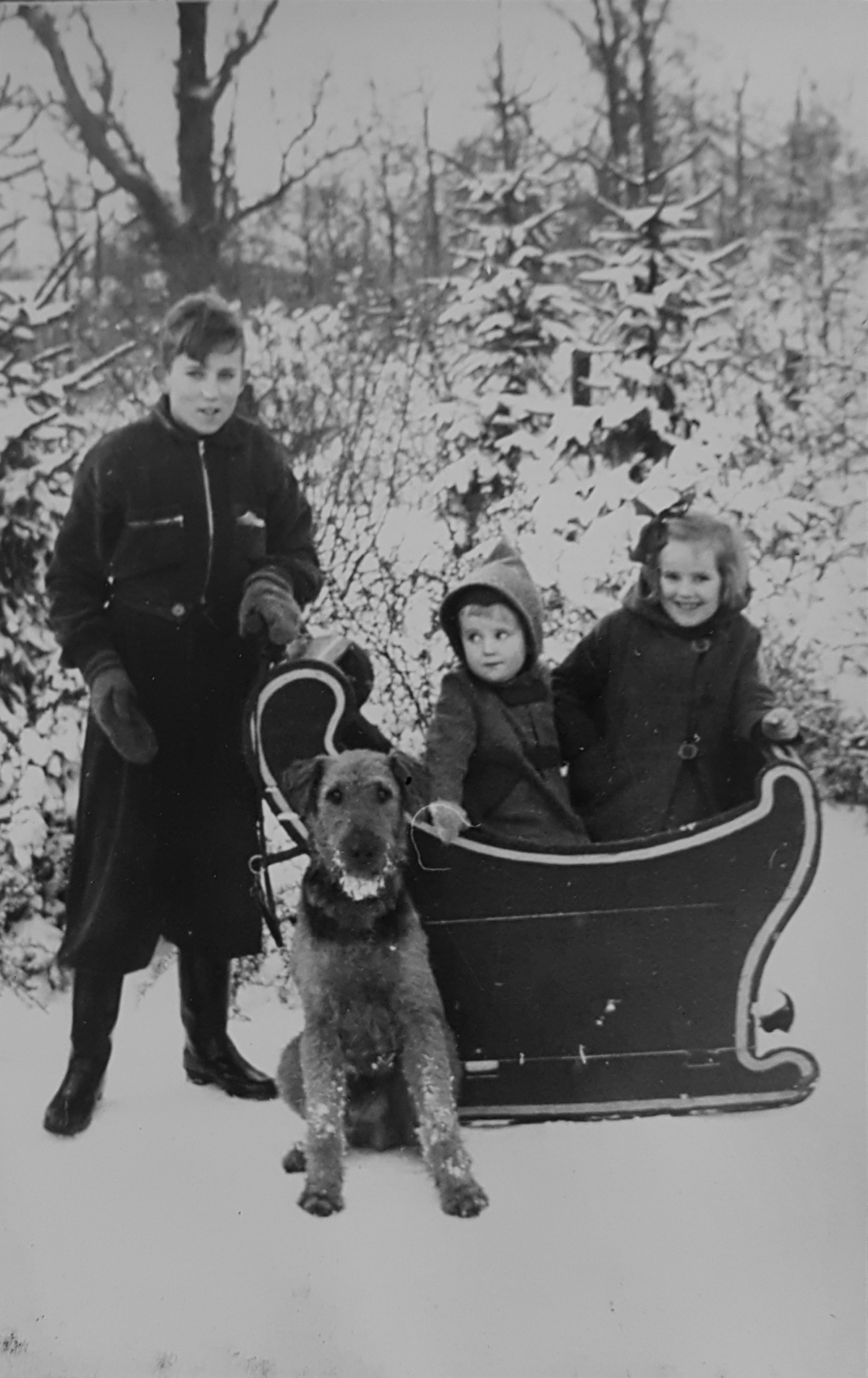 There’s a soft sound in the back of her head. She’s been hearing it since making breakfast under the awning while looking over the bay. It’s a tune from way back when, when holidays were simple and straightforward. When no new discoveries were to be made, when holiday-islands were small and could be ‘done by bike’ in a day.
A few words pop up, the melody is coming back. It’s a song that seems to fit so well there and then. It underlined the idea of at least staying one day at the bay. One day to give to the wet tent and the damp sleeping bags. Although there’s a light mist over the bay and no sign of sunshine, they will take that one day. Wondering if that would be enough to walk around, to hike, to paddle, to be amazed and to hopefully find a few souvenirs on the beach. 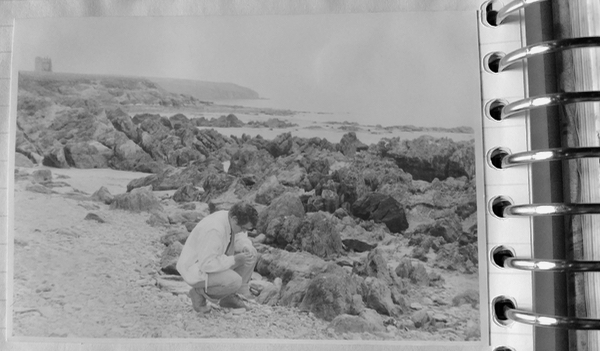 So, she’s humming while crouching in the wet sand….
….stones small and big, pebbles in all colours, rocks and boulders too….
The pebbles, when covered by the seawater are precious gems. They all want to be picked and brought home. No no, don’t wipe them clean, they’ll lose their brightness and radiance. When fully dry they seem less valuable. The smallest and shiniest ones will disappear in the pockets of jacket or jeans, to be put in a dedicated canvas bag in the back of the car. Later, at the end of the day.

The song remains. It has settled itself firmly in her head, the lyrics coming back with every pebble she decides to keep.

After customs and other formalities him&her got on the way, the right way: on te left.
They had only be driving in Ireland for a few hours, when -of course-  there was this typical ‘drive left !!’ experience. There had to be. One bend in the road and the car seemed to direct itself to the right lane. Not very clever. A gasp, a “hou links!!” and a jolt to the left corrected things just in time.
The driver of the babyblue Ford Escort who was met (almost) head on by a red Citroen GS must have cursed those bloody silly tourists for this.
Sure it’s a well known fact that people learn from their mistakes, especially when learned the hard way.
It did not happen again. Other drivers they met on the narrow roads and lanes greeted them in the most peculiar ways: some just lifted one finger off the wheel, others shortly jerked their head. The one finger greeting was strange but funny. The jerk with the head was puzzling: in the Netherlands it would mean something like “what do you want?” or “are you looking for trouble?” Him&her started using the one finger greeting, i.e. index finger, that other one-finger-gesture did not exist in 1979. The jerk of the head was never properly mastered, neiher by him, nor by her and also never used in the Netherlands again in later years

Somewhere in Waterford -for all different reasons- the Citroen lost its way. The map wasn’t clear, there were lots of “major road works ahead” where seldom any work was being done or road signs weren’t always legible. In one of the many places this-Bally or Bally-that they parked the car beside a newsagency annex foodmarket annex bar. When asking for directions at the counter one of the customers said he’d show them “in a minute” as he was “going dungarvan ways anyway”.  Slowly he drove in front of them, very very slowly, probably thinking that lefthand driven cars must be slow by default. At some crossroads in the middle of nowhere he waved his arm out the open window and shouted: “Just go straight till you come to the bay. Good luck!” 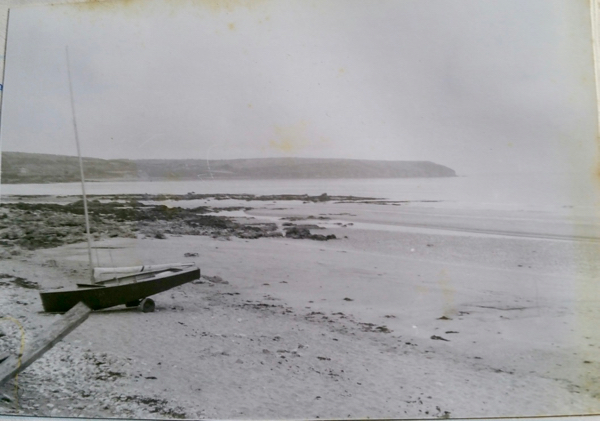 Without any further directions they came to the bay, looked for a camping to pitch their tent and ended up in a caravan park somewhere on the coast near Dungarvan. 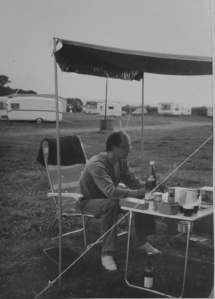 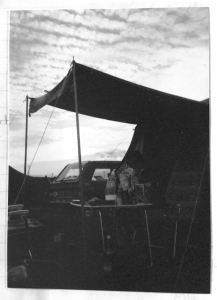 Indeed, a Caravan Park, so different from all the campsites and campings they had ever been to. No tents to be seen, only caravans and mobile homes, yet plenty of space for one tent, one car and one quite content couple. Delighted with themselves that they had managed to get there on the right side of the road. 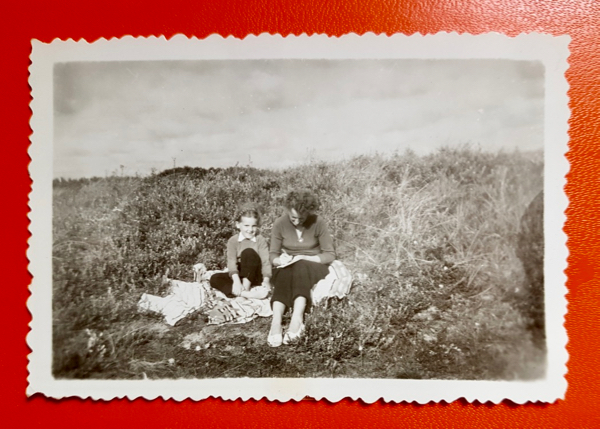 Ameland, July mid 50’s, her and the dunes (and her mem Dieuwke) 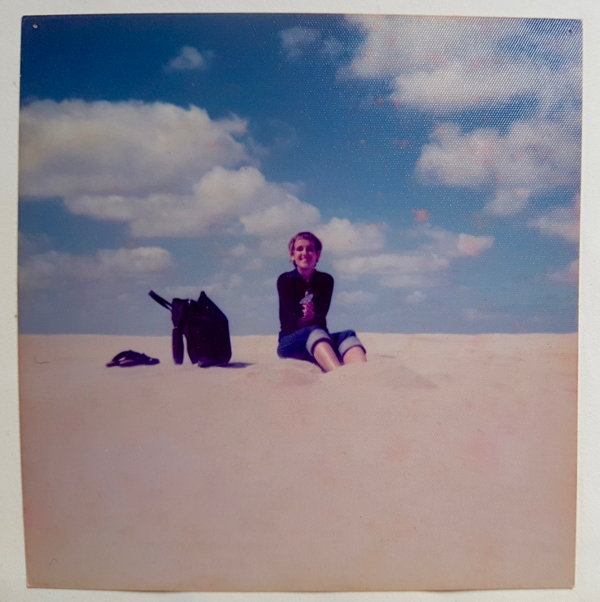 Schiermonnikoog, July mid 70’s, her and the sands (and life is an oyster)

It was tempting to leave the first part of the trip unmentioned.
I could have just pretended him&her did not need any further introduction and did not come across any nice spots or unexpected sightings before setting foot on their final destination. Not fair, not true either. The kilometers* from NL to LeHavre were a nice start and nice part of the holidays. Imagine trying your best French to buy a grand pain and des saucissons secs or to figure out how much to pay for your carburant**.  If you’d be interested in any of that, here’s a mix of snaps*** and snippets. 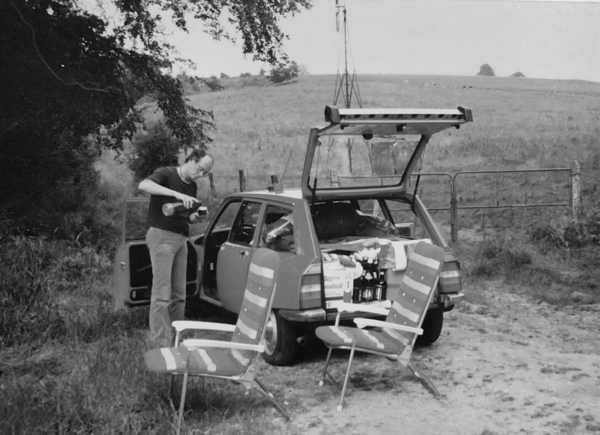 him -after the first fourhundredsomething kilometers-  along the Route de Neufchâtel pouring not too hot water on Moccona coffee granules. There may be a possibility this very spot could still be identified, just outside Aumale. That is without him, car and chairs. 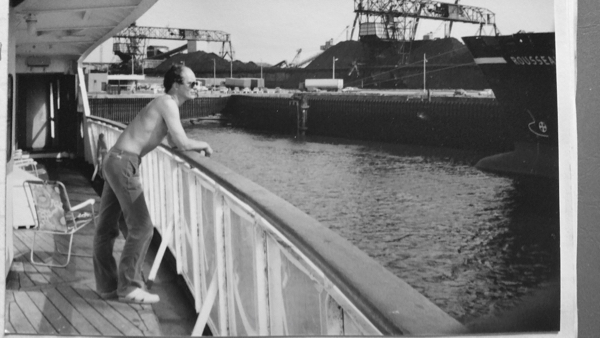 him  -amazed by the mountains of coal on Le Havre’s quays-  on board of the Saint Killian, where the nicest deck chairs were available. Not their camping chairs, as those were left in the car and access to the car deck was forbidden throughout the journey. Those quays may still be there. Supposedly without those heaps of coal. 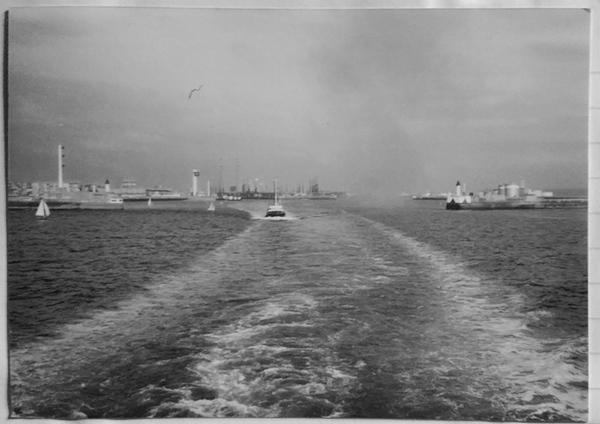 * no autoroute to Le Havre, only country roads and route national

** the currency being Francs, seventy seven francs and twenty centimes is not easy to understand in French (80 would have been easier and funnier)

*** snaps were limited, 6 rolls of film for 6 weeks holidays 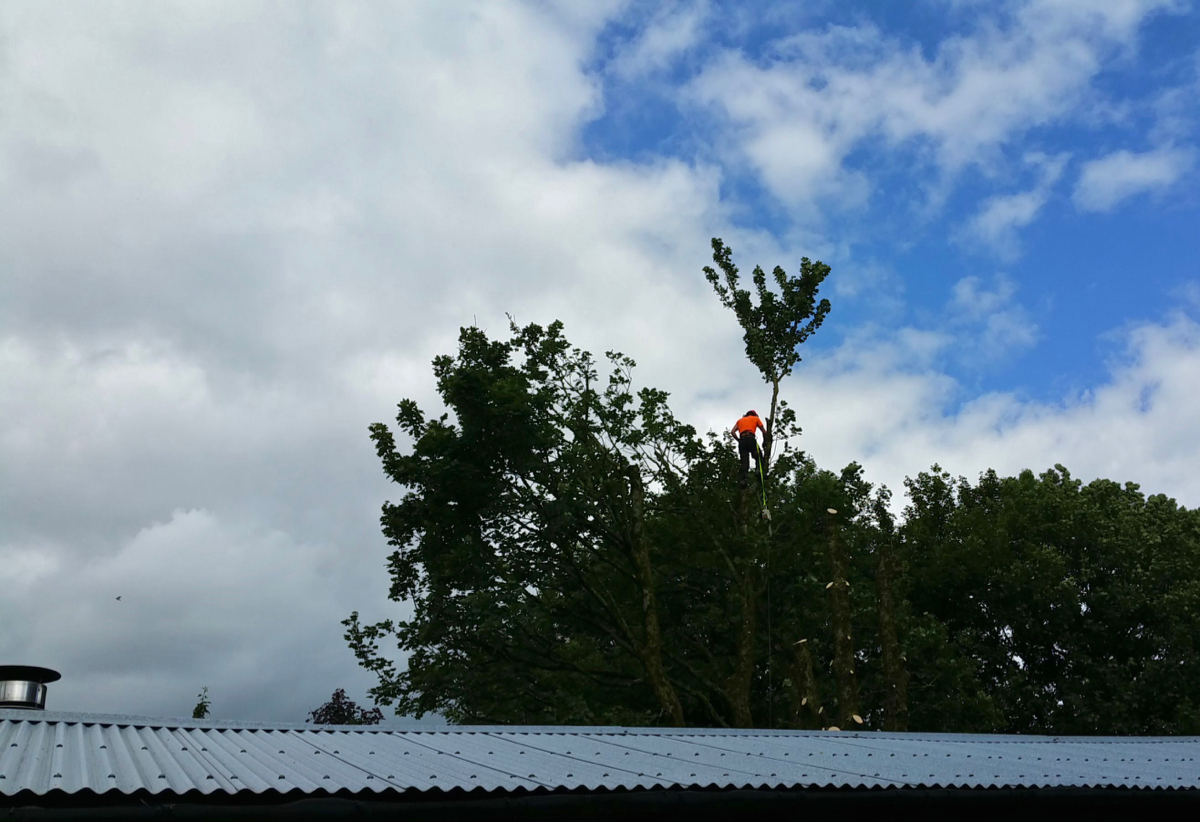 ….and the cloudy blue skies 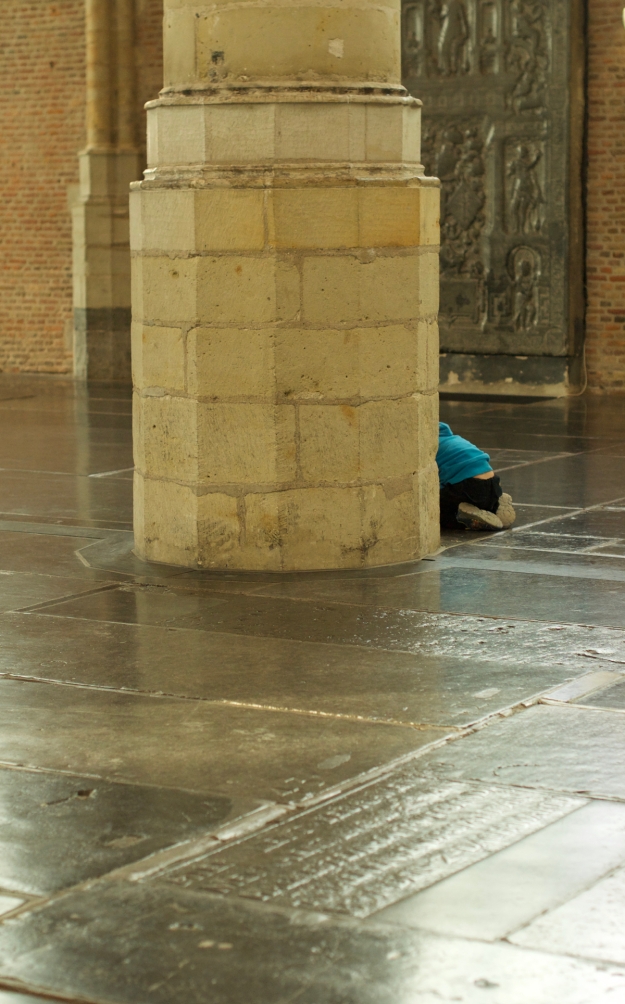 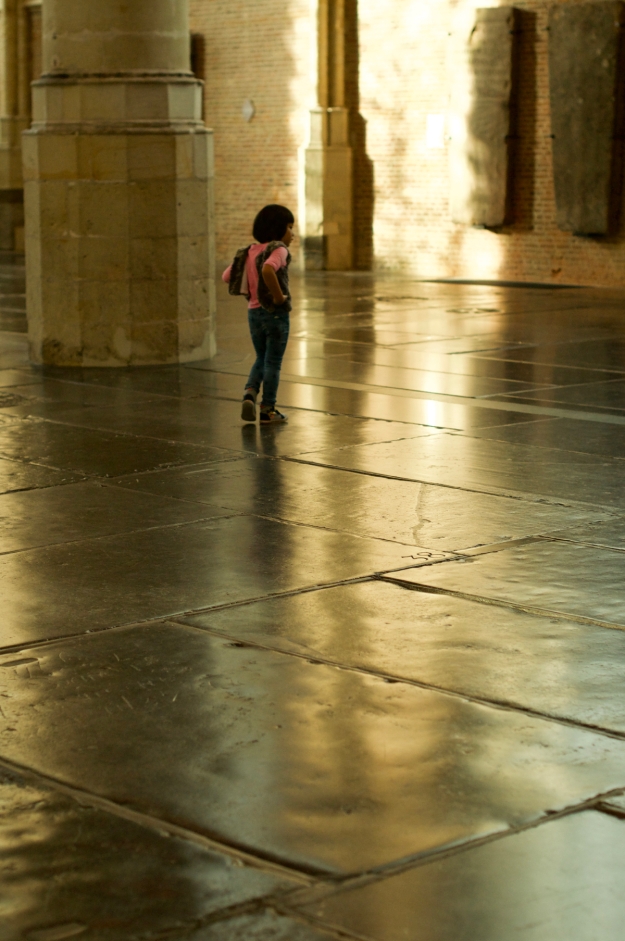 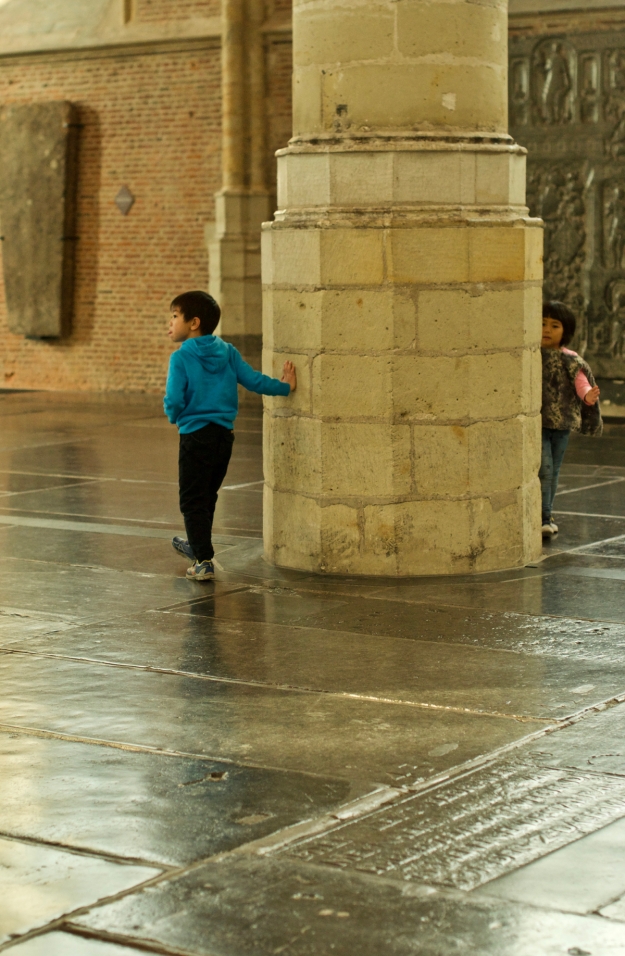 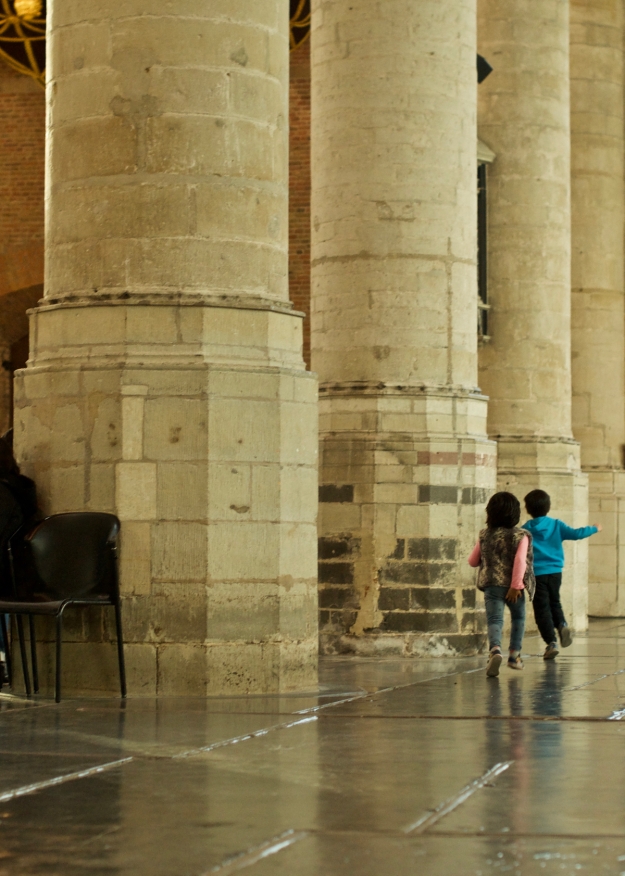 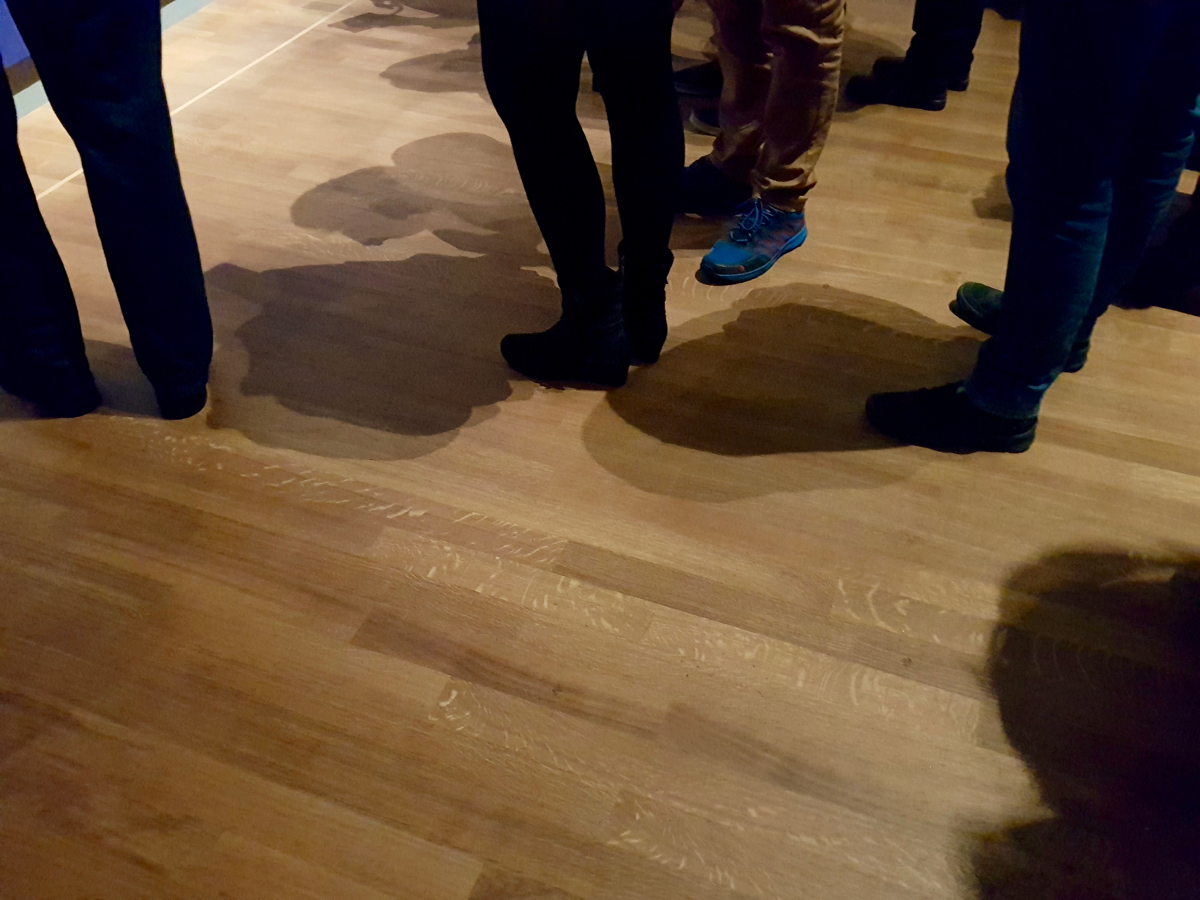 ….and feet and phones and headsets 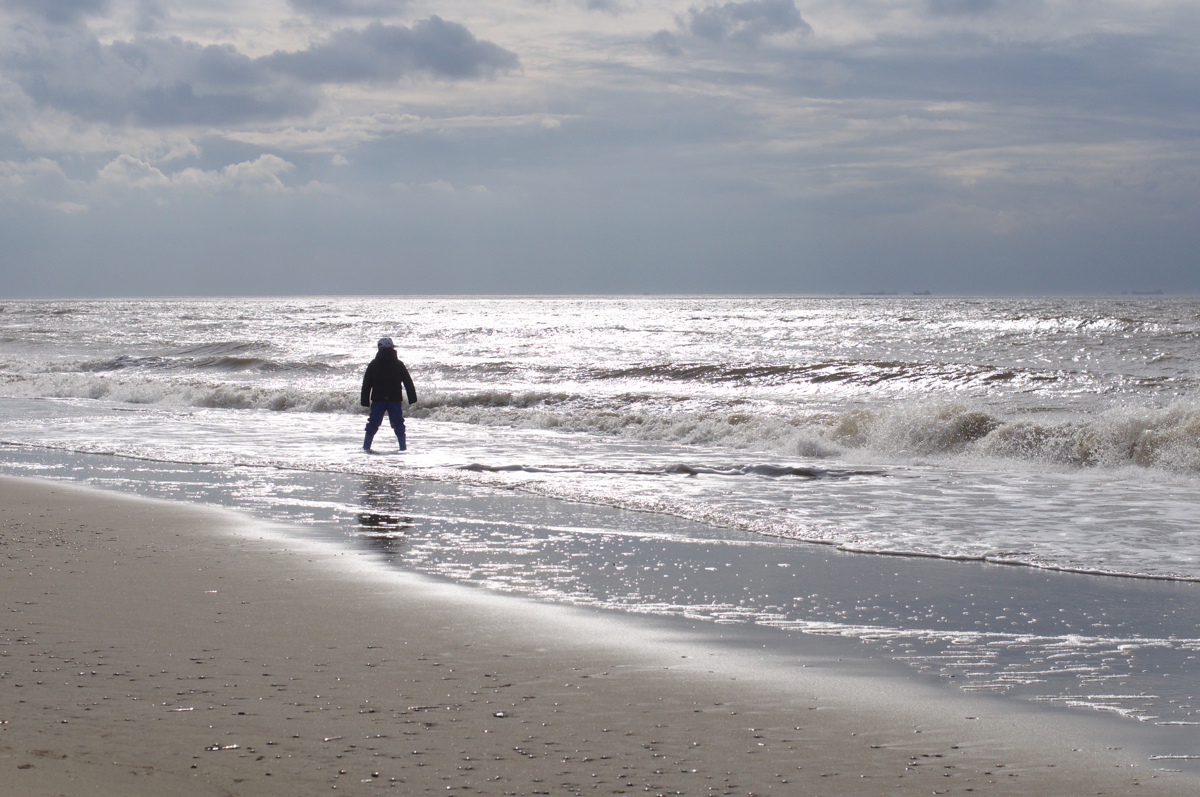